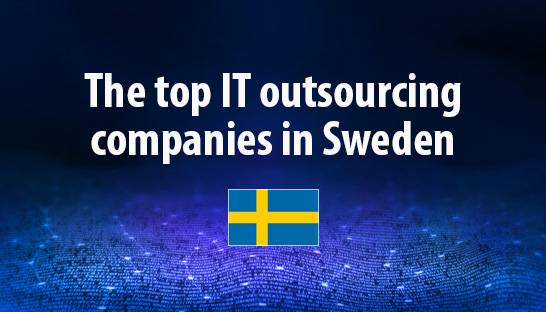 According to a study by Whitelane Research and PA Consulting, IT executives in Sweden and Scandinavia are relatively satisfied with the services of third-party companies that have insourced their IT. The average satisfaction score is 69%, which is “a relatively high score” compared to other Western European countries such as the UK, Germany and the Netherlands, said Peter Wardell, Sourcing Expert at PA Consulting.

Lowering costs and concentrating on the core business remain the biggest drivers of outsourcing in the region. Given the current Covid-19-induced downturn, these drivers are expected to remain high on the priority list. Wardell: “And with the economy in recession, outsourcing is likely to increase in the coming year,” forecast Wardell as companies push for more cost-cutting efficiencies.

Other important drivers of IT outsourcing are scalability and flexibility – in combination with cloud environments, IT outsourcing companies have more know-how and capacities to optimize applications and infrastructures – and quality improvements, including IT innovations and the efficient implementation of mandatory ones IT upgrades.

The company that can best take advantage of these benefits is Tata Consultancy Services (TCS), according to Sweden. The company of Indian origin maintained its top position from the previous year and was also named the top performing outsourcing company in the other three Nordic countries Denmark, Finland and Norway.

In second place is Atea, a listed Norwegian IT service company with around 7,200 employees, 2,600 of them in Sweden. The global consulting and technology giant Accenture takes third place, HCL and CGI round off the top 5. The top 10 still include Fujitsu, Capgemini, TietoEVRY, Wipro and Atos.

When it comes to satisfaction with cloud platforms, Microsoft Azure has the highest score (with 75%), followed by AWS with (74%), Google Cloud (73%), Oracle and IBM (61%). When it comes to cloud-based software, the Google Suite comes first, ahead of Microsoft, ServiceNow and Salesforce.

Nearly 80 Percent of Companies That Outsource Accounting Are Likely to...

Survey: 95% of outsourcing companies in RO to implement hybrid work...